Oranjestad certainly is not only city worth visiting during your holiday on Aruba. Do not miss out on San Nicolas! It is the second largest city and located at the eastern corner of the island, the reason why San Nicolas is referred to as ‘Sunrise City’. Many tourists visit this side of the island for ‘Baby Beach’ (we must admit: it is terrific), ‘Lourdes Grotto’, the interesting Saventa coastline (‘Mangel Halto’) and Pos Chiquito. But, do not forget San Nicolas as it will surprise you.

In the past, San Nicolas was primarily known as ‘city of the Lago refinery’. During the 20s, people from all around the Caribbean came there to work. San Nicolas soon after became an exciting place, perhaps with more to offer than Oranjestad.

As a consequence of the closure of the refinery in 2012, San Nicolas experienced a slight decay. Today this can be noted by the empty buildings. So, what exactly makes a trip to San Nicolas worth it?

We knew that are wall paintings scattered around the city, but you will find at least 30! The one even prettier than the other. A pleasant surprise. Through the ‘Aruba Art Fair’ project, several artists are invited to contribute to the art projects that truly boost the attractiveness of this colourful town. 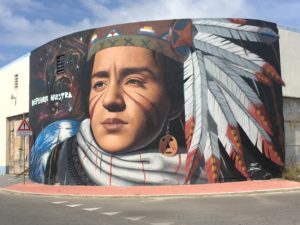 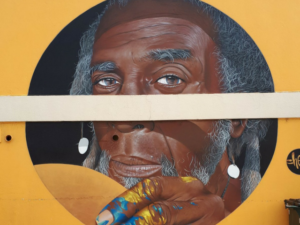 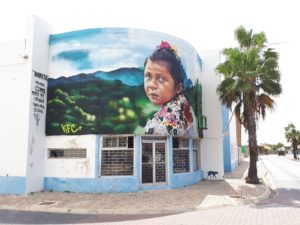 During your visit to San Nicolas, we highly recommend visiting the Industry Museum located in the old water tower. For 5 dollars, you get to know the most important industries and sources of income throughout the island’s history during a private, 30-minute tour in the ‘little’ museum. You’ll discover how gold and phosphate was extracted, how aloe vera was cultivated and how oil caused the island to become as U.S. oriented as it currently is. Currently, tourism is the number one source of income for the Caribbean island. 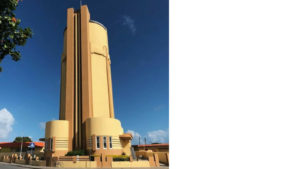 Looking for a place to eat in San Nicolas? Try Kamini’s kitchen and enjoy the Trinidad and Tobago inspired dishes, or one of the terrific curries with roti. Would you like to experience the local Aruban cuisine? Visit ‘O’Neil Caribbean Kitchen at the main road. The restaurant’s appearance, menu and atmosphere, make it a pleasant break during a surprising day in the eastern part of Aruba.

Awesome hike to the ‘Natural Pool’!

Awesome hike to the ‘Natural Pool’!