My Aruba Experience by Zoë Henry

By ineke9 September 2018 No Comments

Aruba… I still can’t believe what an amazing island it is. I had been looking forward to this trip since the moment me, my brother David and my mom Marij decided to go to Aruba. We stayed at the lovely Element of Aruba apartments. The owners, Frank and Ineke, made us feel right at home. Frank picked us up from the airport which was a real treat after the long flight from Holland to Aruba. He even took us to a grocery store so we could pick up some things for the next morning. They also had a lot of ideas about what we could do during our stay in Aruba, and so we did. We did all of it… Here is a selection of the things that we saw, did and experienced in Aruba!

So, this was probably my favorite thing that we did while we were in Aruba.
We got up early in the morning and drove to a big ranch, the starting point of the hike to the Natural Pool. Ineke took us there and she also came along on the hike, since she knew the way (we obviously didn’t). I never hiked before but I absolutely loved it. There were so many different types of landscapes and things to see. From dry, desert like scenery to the wild ocean crashing into the rocks.

After a hike of about 45 minutes, we arrived at the natural pool. In one word: WOW! I had never seen anything like it. I was a little bit scared before I got in but once I was in there I didn’t want to get out! Big waves would crash on to the outside of the rocks, and the water comes rushing into the pool filled with beautiful tropical fish. It really is a must-see while you’re in Aruba. 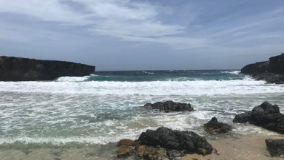 Cutest. Animals. Ever. We drove here one morning, not sure what to expect, but we absolutely loved it. This place was founded about twenty years ago. Originally there were a lot of donkeys on Aruba, but when more and more people started to live there (and more cars were driven around) there were a lot of cases where donkeys got badly injured or killed. This is why it’s really important that there is a place like the Donkey Sanctuary. All the donkeys have a name and you’re allowed to pet and feed them. The owners are really nice people and they really care about the donkeys. 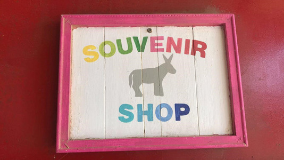 If you like fish, you’ll love restaurant Zeerovers (we sure did). It’s a completely different eating experience than any other restaurant I’ve ever been to. On the menu, you’ll find the catch of that day. We had red snapper, mahi mahi and hammerjack. And man, it tasted so good. We did have to wait in line for quite a while, but once we were able to sit down our food arrived quite quickly.

Me and my mom also went to take a look at where they clean the fish. All these guys were standing around and one of them asked if we wanted to hold one. Me, thinking I was really cool, immediately said yes. But once I heard I had to hold it by the inside of its head, I chickened out. My mom on the other hand had the guts (literal fish guts, all over her hand) to hold it up, and she doesn’t even like fish! So, go mom! And go Zeerovers! 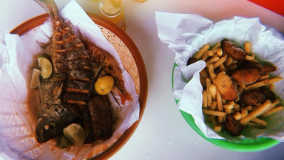 Okay so here’s the thing: I hate insects. Like, really hate them. And although I don’t really think of butterflies to be scary, I was a little skeptical about walking through a garden with hundreds of them (really big ones too) flying around my head. But once I was there I loved it. It was such a calm, beautiful place and the people who gave the tours were so nice and they knew so much. So now I want a pet butterfly! Too bad that they only live for like, a week… 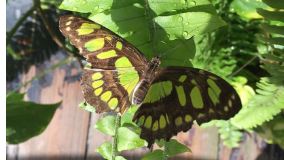 Sounds like a cool band when you put all their names together like this, but these are actually my favorite beaches that we visited. Eagle beach is the one that we went to the most. It was nearby our apartment and it’s beautiful here. Big plus: it’s not crowded at all.

We only went to Baby Beach once, which gets its name from the fact that it has a big part which is a safe place for little children to play and swim. This is also a beautiful beach with white sand and clear water.

The mangrove beach Mangel Halto is completely different to the other two beaches. It has tree’s growing everywhere called mangroves. The sand is a little grainier than at the other beaches, but it’s still a great beach to visit. We did a lot of snorkeling here which I loved! 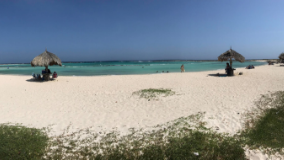 Oranjestad, Aruba’s capital. What a beautiful city it is. We (especially me) did a lot of shopping here. But besides the fact that there are a lot of nice shops it’s a really nice place to just walk around. We went to a great restaurant when we were there called The West Deck. The food there is amazing. You can order all these little dishes which makes dinner so much more fun. We went here twice. 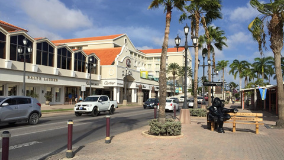 We also visited the town of San Nicolas. It used to be kind of a ‘shady’ place, but they really fixed it up. We went to the museum of industry while we were there. The people who worked at the museum knew absolutely everything about the town and they talked about it with so much passion. We also did a tour of all the murals in San Nicolas which was super impressive too! 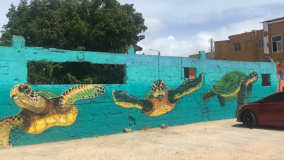 Me and my family had an amazing time on Aruba and we are definitely planning on going back. We want to thank Frank and Ineke for all their good care and for welcoming us on this beautiful island and for making us feel at home. 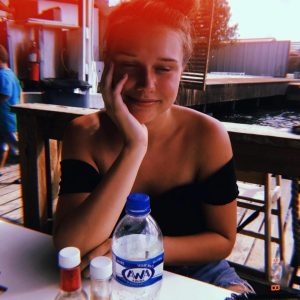 The perfect planning of a beach day in the south of Aruba!

The perfect planning of a beach day in the south of Aruba!